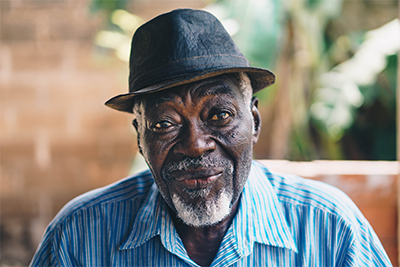 Does it matter how old a man is? With all the media attention on a woman’s age and fertility, one may wonder if men are forever fertile. It turns out that age also has an effect on fertility in men.

There is a clear difference between men and women. A woman’s oestrogen levels plummet once she reaches a certain age and this change is irreversible. The changes in hormone levels men experience aren’t as sudden or noticeable, but happen gradually.

The other major difference is that all women eventually reach menopause and stop releasing eggs. But a man can usually produce sperm throughout his lifetime.

However, as men get older they have a decline in testosterone, and therefore a decline in fertility. This also creates a greater chance of fathering children with chromosomal problems. So just because a man can make sperm doesn’t mean that it’s high-quality sperm.

Changes in hormone levels can affect a man’s sex drive, sexual function and sperm quality. As men get older, the quality of their semen declines in volume and quality. Older men have fewer and slower-swimming sperm. This makes it more difficult for the sperm to reach the egg and to fertilise it.

The shape (morphology) of the sperm also declines in quality. Shape is important because it gives an indication of the sperm’s genetic content. A higher number of misshapen sperm means there’s more chance of abnormalities. Misshapen sperm is less likely to fertilise the egg.