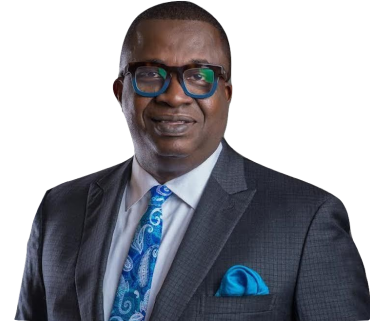 Dr. Abayomi Ajayi’s is the Chief Executive Officer of Nordica Fertility Centre Lagos, which is affiliated to Nordica Denmark. Since its inception in 2003 the center has expanded into three major cities in Nigeria providing and pioneering a wide range of assisted reproduction services across the nation.

His childhood dream was to become a medical doctor and help people achieve their dreams, which he has inculcated into his career as a fertility expert. More so, he has earned a reputation of paying very close personal attention to his patients.

He graduated from the College of Medicine, the University of Lagos in 1984; completed his postgraduate training at The University College Hospital, Ibadan in 1994 with the award of the Fellowship of the West African College of Surgeons in Obstetrics and Gynaecology. He joined the services of Lagoon Hospital, Apapa as a consultant in Obstetrics & Gynaecology in February 1995, and held this position till October 2002 when he left to start Nordica Fertility Centre, Lagos. During his stay at Lagoon Hospital, Dr. Ajayi was appointed the coordinator of the out-patient services of the Hospital. He also served as a part-time consultant to many clinics and organizations which include Chevron/Texaco Nigeria Plc, Lagos.

He received training in IVF at the Iscare Centre for Assisted Reproduction, Bratislava, Slovak Republic as well as The Institute of Human Reproduction Symbion, Fruebjerguej (a research center) and The Fertility Clinic of Copenhagen University, Herlev Hospital, both in Coppenhagen, Denmark.

He is the country’s representative of Obgyn.net (a network of Obstetrician and Gynaecologists all over the world) and has a membership of many international professional associations including the Global Health Council.

Dr. Ajayi has authored and published many scientific publications in both local and international journals and delivered numerous lectures in various conferences both locally and internationally. He is a member of the Nigerian Medical Association (NMA), Society of Obstetrics and Gynaecologist (SOGON), American Society for Reproductive Medicine (ASRM), America Association for Gynecological Laparascopy (AAGL), International Society for Gynaecological Endoscopy (ISGE), American Society of Liposuction Surgery (ASLS) and American Academy of Cosmetic Surgery (AACS).

He is also an Alumnus of the Stanford University’s SEED institute for innovation in developing economies and a board member in the International Society for In-Vitro Fertilization (ISIVF).

Read more about Dr. Abayomi Ajayi on his official website. 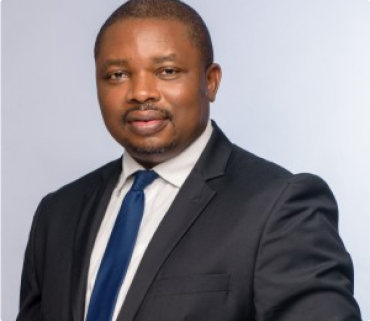 His Professional Certifications include MBBS, FMCOG and his clinical interests are in Endometriosis, Polycystic Ovary Syndrome (PCOS), and Endoscopy.

He is a Fellow of National Postgraduate Medical College (Obstetrics and Gynaecology) of Nigeria, a member of Society of Gynaecology and Obstetrics of Nigeria (SOGON) and has attended various trainings and courses which include:

Prior to joining Nordica Fertility Center, Dr. Ajayi had worked at the Ahmadu Bello University Teaching Hospital, Zaria where he was a Resident Doctor from 2004 to 2010.

He also worked as a Consultant Gynaecologist at International Clinics Kano from 2010 to 2011.

Dr. Ajayi believes every woman ought to experience the joy of motherhood and he is doing all he can to help women achieve that. He is also a passionate advocate for endometriosis awareness. 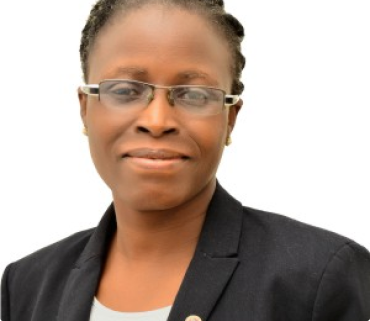 Dr. (Mrs.) Oyetunji Ifeoluwa, Ololade is a consultant in Obstetrics and Gynaecology at Nordica Fertility Center.

Dr. Oyetunji completed her medical education at the College of Medicine, University of Lagos, Idi-Araba, Lagos, Nigeria. She proceeded to the Obafemi Awolowo University Teaching Hospital, Ile-Ife, Osun-state, Nigeria for her houseman-ship; and later went to the same teaching hospital for her residency at the Obstetrics and Gynaecology department.

Her Professional Certifications include MBBS, FWACS and FMCOG and her clinical interests are in Reproductive Endocrinology and Infertility, Assisted Reproductive Techniques.

She is a fellow of West African College of Surgeon and Medical College of Obstetrics and Gynaecology; member of the Nigerian Medical Association (NMA) and Society of Gynaecology and Obstetrics of Nigeria (SOGON).

Before joining Nordica Fertility Center, Dr. Oyetunji started her medical journey as a House Officer at the State Hospital, Oshogbo and Obafemi Awolowo University Teaching Hospital Complex (O.A.U.T.H.C), Ile-Ife; she proceeded to become a Medical Officer in the General Out-Patient Department (GOPD), O.A.U.T.H.C, Ile-Ife; for five years, she was the Senior Medical Officer at the Health Center, O.A.U, Ile-Ife; a Registrar/Senior Registrar at the department of Obstetrics and Gynaecology, O.A.U.T.H.C, Ile-Ife and a consultant in Obstetrics and Gynaecology at the State Specialist Hospital, Akure. 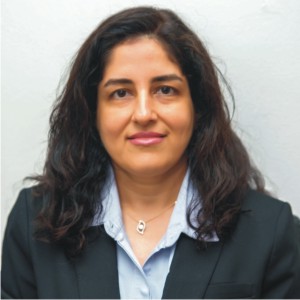 Dr. Arati sohoni, is a consultant Gynaecologist and fertility specialist at Nordica Fertility center Asokoro, Abuja, An Indian National, She has been staying in Nigeria for the last 16 years. She completed her MBBS, DGO, from the prestigious Mumbai University, India. She has also done a fellowship in Gyn and Obstetrics from the College of Physicians and Surgeons, Mumbai, India.

She has been practicing in Obst and GYN in Abuja for the last 10 years . She started developing interest in the field of Infertility and IVF, for which she was trained and since last 8 years she has dedicated herself to the field of IVF and infertility.

Her areas of special interests include PCOS, endoscopy, Fertility Preservation . She is a Member of ASRM( American society of reproductive Medicine), ESHRE( European society for human Reproduction) , AFRH ( African Fertility Society). She has attended many Conferences and training abroad.
She is always striving for the best, likes to acquire new skills, and her goal is to put a smile on all the faces who are having the challenge of infertility. 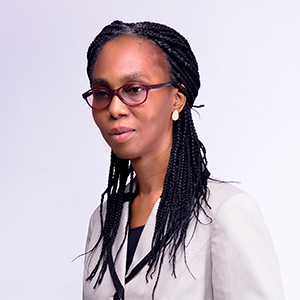 Dr. (Mrs.) Anne Chioma Onyekwere, is a consultant in Obstetrics and Gynaecology at Nordica Fertility Center.

Her Professional Certifications include MBBCH and FWACS and her clinical interests are in Reproductive Endocrinology and Infertility, Assisted Reproductive Techniques and urogynaecology

She is a fellow of West African College of Surgeons; a member of the Nigerian Medical Association (NMA) and Society of Gynaecology and Obstetrics of Nigeria (SOGON).

Before joining Nordica Fertility Center, Dr. Onyekwere started her medical journey as a House Officer at the University of Calabar Teaching Hospital Calabar. After her National youth service year with the 15 Mechanized Brigade in Yola, then Gongola state, she worked as a medical officer at the Cross River Estate Limited (CREL) at Akamkpa in Cross river state. She eventually moved to Lagos and worked as a medical officer at Motayo Hospital Ikeja and later ran a private hospital (Chika Medical Centre) Ikeja before proceeding for her residency programme in LASUTH Ikeja; a Registrar/Senior Registrar at the Department of Obstetrics and Gynaecology, LASUTH Ikeja, a consultant in Obstetrics and Gynaecology at Royan Hospital and Ancilla Catholic Hospital all in Lagos. 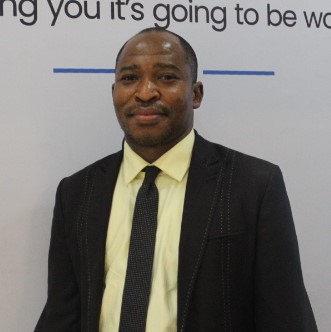 Dr. Yakubu Usman Adeiza, completed his medical education at the University of Jos, Plateau State, Nigeria. He proceeded to Aminu Kano Teaching Hospital, Kano, Nigeria for his houseman-ship; and later went to Abubakar Tafawa Balewa University Teaching Hospital for his residency at the Obstetrics & Gynaecology department.

His Professional Certificates include MBBS, and FWACS. His areas of clinical interest are Reproductive Medicine/Infertility and Operative Gynaecology (MAS).
He is a fellow of the West African College of Surgeons (FWACS); a member of the Nigerian Medical Association (NMA) and Society of Gynaecology and Obstetrics of
Nigeria (SOGON) as well as the Association for Fertility and Reproductive Health (AFRH). 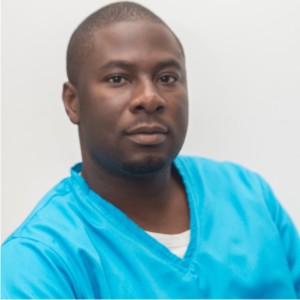 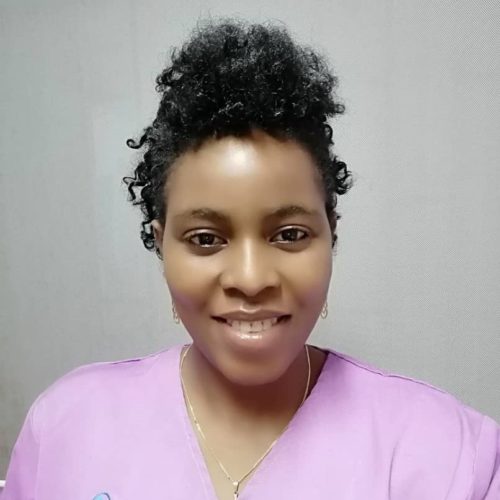