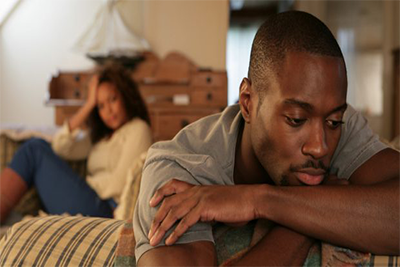 Infertility has generally been assumed to be a woman’s issue. There seems to be a myth that because pregnancy, birthing, breast feeding and child rearing (to a large extent) are a woman’s domain, that fertility too is an issue exclusive to the experience of women. Much of the self-help literature has been geared towards women’s experience of infertility.

Thus, the perception is that this issue does not really touch the lives of men. Yet, this simply is not the case! The fact of the matter is that of all infertile couples approximately half are due to male infertility.

About 35% to 45% couples suffer from male factor infertility, 35% to 45% from female infertility factors, and the remainder with combined or unexplained factors. Thus, a great many men are touched by the painful reality of infertility in their lives or in the lives of their partners.

However, men and women often experience the emotional aspects of infertility in different ways that are rooted in the roles that men and women have accepted for themselves.

The transcribed interviews were then analyzed to find common themes in their experience of infertility. We will take a detailed look on each of the analyzed themes;

The following themes came from the research study on the effect of infertility in men. We shall take them one by one.

A Sense Of Powerlessness And Loss Of Control
Up until the time of a diagnosis of infertility, most of the men assumed that they were not only fertile, but that they needed to be responsible for their fertility and thus placed controls upon it. When the controls (contraceptive devices) were volitionally lifted, they assumed that pregnancy would result. This technological control over preventing pregnancy can give a false sense of power and control over achieving pregnancy.

When pregnancy did not occur the men became anxious about what the problem might be. Their sense of entitlement or belief in their inherent right to have children exacerbated the experience of feeling out of control and powerless, an experience that resulted in frustration for these men.

Upon finding out of their infertility, they reported experiencing a sense of being out of control; an experience that left them initially somewhat immobilized. The sense of powerlessness or lack of control resulted in some of the men feeling forced to try anything that might help the situation.

They felt a desperation that obliged them to try out any advice that would supposedly solve their problem. This included sometimes listening to well-intentioned friends or family members who provided “helpful suggestions”. These solutions often implied that the infertile couple could get power and control over fertility if only they really knew what to do or tried a secret trick. Infertility was something that the men felt powerless to change.

However, at some point all of the men began a process of asserting control in their lives, where they actively began to exert some control (e.g. choices regarding the pursuit of certain medical treatments or options).

These men began to assume control over the areas where they had lost control. This gave them a new sense of empowerment and strength.

A Sense Of Inadequacy
A part of each of the men’s experience of infertility was this deep sense of personal inadequacy which was woven into each man’s sense of his masculine identity.

Each participant expressed their experience of inadequacy with words like “failure”, “useless”, “a dud”, “less than average”, “inadequate”, “not a full man”, “not a real man”, “less of a man”, “unmanly”, “feel like garbage”, “defective”, “not a whole person”, “a loser”, “sexually inadequate”, “questioned my manhood”.

All of these words describe the men’s profound sense of personal inadequacy as a result of their infertility.

The men experienced infertility as taking away their very sense of masculinity. To better express the extent or depth of his feelings of inadequacy to his wife, one man recalled writing to her about the effect that infertility had had on him in this area:

“With a lump in my throat I wrote that I felt unmanly, inadequate, and powerless when I compared myself to other men who have children. I told her that I often tried to compensate for my feeling of inferiority by looking and acting like a super jock….I also explained that I felt inadequate sometimes when my performance as a sexual partner was not perfect. And, that I imagine my infertility might have something to do with this.”

Another of the men related how he had worked through his feelings of inadequacy through a process of convincing himself of what he still had as a man.

But it takes courage and a strong will for most of these men to come to terms with infertility.