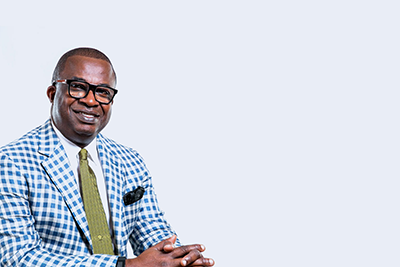 In few instances, couples desiring to achieve pregnancy through Assisted Reproductive Techniques (ART) may be faced with the option of surrogacy. Surrogacy is a situation in which a third party (usually woman) agrees to carry a pregnancy to term on behalf of an infertile couple.

There are basically two types of surrogates. Natural or Traditional surrogates or IVF surrogate mother otherwise known as gestation carriers.

A natural surrogate mother is genetically related to the child, apart from carrying the child she has also gone through the procedure of insemination, with the use or her own eggs.

An IVF surrogate on the other hand is not genetically related to the child. She is a woman who carries a pregnancy, created by the egg and sperm of the commissioning couple. Ideally the surrogate should be under the age of 38 years, married or in a stable relationship. She should also preferably at least have previous live birth without complications.

Prospective surrogate should not have medical disorders, such as diabetes or blood group incompatibilities. In additions, they should not smoke, drink or abuse drugs. Normally prospective surrogate are thoroughly screened (medical history and full physical and radiological (ultrasound scan examination). They would also need to go through counseling, as many surrogates; both natural and gestational may eventually find it difficult to part with the baby after delivery.

Couples requiring IVF surrogacy is usually those in which the woman’s ovaries are producing good quality eggs, but her womb has been has been damaged or surgically removed. This can occur in stances whereby a woman had uterine cancer, severe hemorrhage for some reasons, or a ruptured womb from previous pregnancy.

In addition, sometimes women who suffer from medical problems such as severe diabetes, heart and kidney diseases put themselves at risk if they were to carry a pregnancy to term.

For others, surrogacy may be indicated because there is history of repeated miscarriage, due to some immunological incompatibilities i.e. Rhesus blood group incompatibility between mother and fetus.

Surrogate mothers are usually unrelated person, but in rare cases parents (especially mothers) have been known to act as the gestational surrogates for infertile daughters.  In 1989, for example, a South African woman was highly publicized for acting as a gestational or IVF surrogate for her daughter. She was carrying triplets.

Many women who agree to become surrogate may do so for compassionate reasons, to help siblings (sisters), offspring (daughter) or a friend. In many countries women are not permitted to become surrogate for financial gain. For a woman to qualify as a surrogate, she must fulfill some specific requirements: release the babies after birth. Such a breakdown in surrogacy arrangement can be extremely traumatic for the infertile couple. By law the woman who carries the child remains the mother of the child.

The prospective surrogates will need to undergo blood tests for blood group Rhesus status, HIV and Hepatitis B and C. the fertile female partner will undergo IVF treatment, including ovarian stimulation, using fertility drugs. She will also have cycle monitoring by ultrasound scan. This helps to check the development of the eggs in her ovaries. When her eggs are mature, she will be given an injection of HCG, and the eggs will be collected 36 hours later. Following fertilization, the embryo, will be transferred into the womb of the surrogate. If the commissioning mother does not have good quality eggs, it is better to use donor eggs rather than do traditional surrogacy as we know that the risk of bonding between baby and surrogate is much more.

Procedure For The Traditional Surrogate
The traditional surrogate is usually inseminated with the sperm of the fertile woman’s husband (Intra Uterine Insemination).  However, in vitro fertilization may be necessary if for any reason chances of conception with insemination are slim. Pregnancy tests are carried out 2-3 weeks after either procedure.

Success Rates
Success rates for traditional surrogacy are approximately 10-20% per cycle if intrauterine insemination is done but with IVF, the chances depend on the age of the surrogate.  For IVF surrogacy, live birth rates are in the range of 35-40% per cycle.

Surrogacy is a treatment of last resort in most places all over the world this is much more so in our environment. Proper legal and medical precautions should be taken at every step of the process.