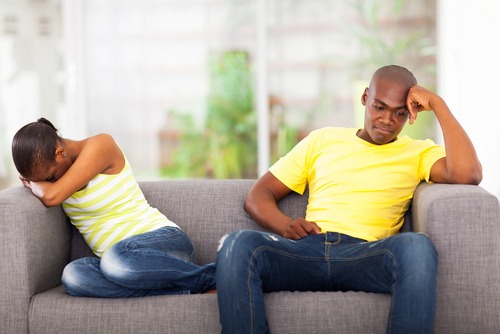 We sat together 4 of us, at a friend’s house, celebrating the birth of his bouncing baby boy, each one of us sharing our labour room experience and the joy of having children. This chit – chat continued when suddenly Eddy a hunk of a guy said “I can’t imagine myself firing blanks, kai God forbid”

The way he said it made all of us burst into laughter. However there is an underlining seriousness in the issue of a virile man who fires blanks. Every matured man sees himself as been capable to impregnate a woman; the inability to do this is a stigma on the man. It’s as if the man is incomplete, he cannot beat his chest where other men are, and this condition ultimately affects his ego.

What is “firing blanks”? This is a situation when a male is infertile. A condition which arises when a man cannot impregnate is spouse after having unprotected sexual for at least a year.

What Are The Signs?

The main sign is the inability to conceive. However other signs and symptoms can be

What Can Make A Virile Man Fire Blanks – Infertile?

When To See A Doctor

How Can Firing Blanks Be Prevented?

Men because of our dominant nature and big ego find it difficult to accept this until when scientifically proven. Some men even blatantly refuse to undergo any test as this is seen as degrading. The immediate incidence of the inability to conceive usually falls on the female. She is most times bruised and battered by the male and his family for being unproductive.

A marriage that is blessed with at least one child is viewed as complete. Not having a child is incomplete, traumatic and frustrating. The best advice for any couple having fertility challenges is to see fertility experts who can help you complete your families.