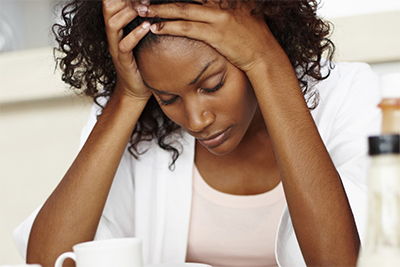 No one is quite sure what causes PCOS, and it is likely to be the result of a number of both genetic (inherited) as well as environmental factors. The symptoms of PCOS are caused by changes in hormone levels. There may be one or more causes for the hormone level changes.

PCOS seems to run in families, so your chance of having it is higher if other women in your family have PCOS, irregular periods, or diabetes. PCOS can be passed down from either your mother’s or father’s side.

You do not need to have every symptom before you can be diagnosed with PCOS, and PCOS does not present itself the same way for every woman.

Because PCOS is diagnosed by looking at the greater picture, and by excluding other potential diseases that can cause similar symptoms, it’s important to see your doctor for an accurate diagnosis.

A malfunction of the body’s blood sugar control system (insulin system) is frequent in women with PCOS, who often have insulin resistance and elevated blood insulin levels, and researchers believe that these abnormalities may be related to the development of PCOS.

It is also known that the ovaries of women with PCOS produce excess amounts of male hormones known as androgens. This excessive production of male hormones may be a result of or related to the abnormalities in insulin production.

Another hormonal abnormality in women with PCOS is excessive production of the hormone LH, which is involved in stimulating the ovaries to produce hormones and is released from the pituitary gland in the brain.

Other possible contributing factors in the development of PCOS may include a low level of chronic inflammation in the body and fetal exposure to male hormones.

How Does Polycystic Ovarian Syndrome Cause Infertility?
The abnormal hormone levels associated with PCOS lead to problems with ovulation. These irregularities in ovulation are the main cause of infertility.

PCOS is also associated with a higher risk of early miscarriage. Research on PCOS has shown that the miscarriage rate may be as high as 20% to 40%, which is twice as high as in the general population.

It’s not exactly clear why miscarriage is more common in women with PCOS, but some theories include the following:

What Are The Symptoms Of Polycystic Ovarian Syndrome?
Symptoms tend to be mild at first. One may have only a few symptoms or a lot of them.

Symptoms of polycystic ovarian syndrome may include: