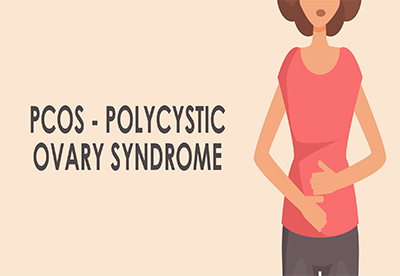 Polycystic ovary syndrome (PCOS), also known as Polycystic Ovarian Syndrome, is a common condition caused by an imbalance of reproductive hormones. The term is coined from the words “Poly” which means “many”, and “Cysts”, are fluid-filled sacs.

Many women have PCOS but are unaware of it. In one study, up to 70 percent of women with PCOS hadn’t been diagnosed. PCOS affects 1 in 10 women of childbearing age. PCOS affects the overall health of women affected ranging from hormonal imbalance to metabolic disorders and diminishes their quality of life.

The exact pathophysiology of this condition remains unclear. However, several factors have been speculated:

PCOS can result from abnormal function of the hypothalamic-pituitary-ovarian (HPO) axis. This affects the production of hormones, Follicle Stimulating Hormone (FSH) and Luteinizing Hormone (LH), which are responsible for the control of ovulation. FSH stimulates the ovary to produce a follicle — a sac that contains an egg — and then LH triggers the ovary to release a mature egg.

High levels of androgens which is a major characteristic of PCOS are inappropriate gonadotropin secretion. Androgens are sometimes called “male hormones,” although all women produce a number of androgens. Androgens are responsible for the control and development of male traits, such as male-pattern baldness. In PCOS, Women have more androgens than normal. These higher than normal androgen levels in women can prevent the ovaries from releasing an egg (ovulation) during each menstrual cycle and can lead to other symptoms like extra hair growth and acne, which are two key symptoms of PCOS.

Raised plasma testosterone level is one of the most consistent biochemical features. Also seen in PCOS is an elevated level of insulin: Many women with PCOS have insulin resistance. Insulin resistance is when the body’s cells do not respond normally to insulin. Excess insulin might increase androgen production, causing difficulty with ovulation. These processes continue in a vicious cycle.

Who is at risk of PCOS?

It’s seen typically in women of reproductive age. Unfortunately, most diagnoses are made when women are trying to get pregnant. However, it can occur at any stage of puberty. Some factors however lead to an increased risk of the disease:

What are the signs and symptoms of PCOS?

PCOS is a “syndrome,” that presents with a group of symptoms that affects the ovaries and ovulation. Three main features occur:

How is PCOS diagnosed?

There is no single test that can suffice to make a diagnosis of PCOS, however, there is a combination of tests that can be done.

How can PCOS be treated?

The treatment of PCOS is more focused on the management of the symptoms as there is no cure for the condition.

Treatment plans are usually individualized based on symptoms. An important part of treatment involves discussing plans for childbirth and preventing long-term complications like diabetes and heart disease. Usually, a combination approach is used:

Can I still get pregnant with PCOS?

Getting pregnant with a diagnosis of PCOS is a major concern for a lot of women. And the simple answer is yes. Having PCOS is not a death sentence and doesn’t imply one can’t get pregnant. Although PCOS is one of the most common causes of infertility in women, it is treatable. The focus of treatment plans at aiding ovulation and in turn increases the chances of pregnancy.

Due to the long-term complications associated with PCOS, patients would need regular follow up with their Doctor. This will ensure that these complications in the event they happen are detected in time and management is offered. In addition, consistent lifestyle modifications such as maintaining a healthy diet with fruits and high fiber meals, exercise, controlled blood glucose levels, avoiding alcohol and smoking have been found to reduce the severity of PCOS.