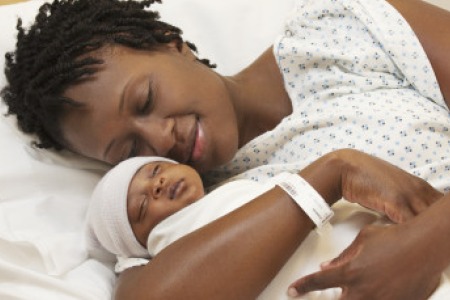 When faced with infertility, couples are introduced to many treatment modalities, terminologies and abbreviations, especially when assisted reproductive technology (ART) is required. Some of these are confusing and not fully understood. One patient described it as “going through a maze”. One of these modalities/terminologies is Surrogacy, which is a form of third (3rd) party reproduction.

An arrangement, often supported by a legal agreement, whereby a woman (the surrogate mother) agrees to become pregnant and give birth to a child for another person(s) (commissioning couple) who is or will become the parent(s) of the child.

It is one of the more controversial methods of ART, frequently denounced as exploitative with different countries/localities having different views and therefore legalization governing this very important method of procreation.

The drama surrounding surrogacy comes more from the legal and possibly ethical/social considerations than the science of the procedure.

It has therefore been at the centre of some problematic local and international arrangements as some couples travel from countries where surrogacy is banned to other jurisdictions where it is permitted.

The embryo is transferred to the surrogate who carries the baby to term.

How To Find A Surrogate

The agencies often screen the surrogates to establish their psychological readiness and carry out the medical test to ensure the best chance of healthy pregnancy and delivery.

Who Can Be A Surrogate

Though as old as biblical times: Abraham and Sarah.

In 1976 the first legal surrogacy agreement was brokered by lawyer Noel Keane. It was a traditional surrogacy with no compensation.

In 1980 after the birth of Louise Brown in 1978 the first compensated surrogacy agreement was organized between a traditional surrogate Elizabeth Kane (pseudonym). She later wrote her experiences and regrets in a book titled “Birth Mother”.

One of the most celebrated surrogacy cases that probably highlighted the shortcomings of the traditional surrogacy arrangement was the famous case of baby M.

A couple Bill and Betty Stern hired Mary Betty Whitehead as a traditional surrogate in 1984. Ms. Whitehead’s egg were used and when the baby was born, she refused to hand over the baby and took custody of the baby with resultant protracted custody battle.

On February 3rd 1988 the supreme court of New Jersey ruled that the surrogacy agreement between the Sterns and Ms. Whitehead was illegal and therefore restored Ms. Whitehead parental rights. Custody was granted to Mr. Bill Stern with Ms. Whitehead receiving visitation rights.

2014: An international publicized incident, a woman was hired as a surrogate mother by an Australian couple, she had delivered a set of twins in 2013. Seven months into the pregnancy a scan had shown she was carrying a set of twins with one of them having Down’s syndrome. The intending parents had wanted a procedure for the affected baby to be aborted, which the surrogate mother rejected. The couple left with the healthy baby and abandoned the baby with Down’s syndrome.

The case came into the limelight when the surrogate mother went public through an Australian Charity to raise money for the sick baby who was known as Baby Gammy. Not only did she have Down’s Syndrome, but she also had some congenital abnormalities in the heart (usually associated with Down’s Syndrome)

The backlash made Thailand to ban surrogate babies from leaving the country with their parents and paid surrogacy was also banned for foreigners.

2018: The Iowa Supreme Court ruled that a gestational contract is legally enforceable and awarded custody of baby H to the biological father (intending couple) against a surrogate mother and her husband who were not genetically related to the child.

Various celebrities have also used surrogacy to have their own children, Kim Kardashian and Kanye West are one of these. Their last child was born on 9th May 2019. The child before that was also through Surrogacy as Kim had some very serious complications in earlier deliveries.