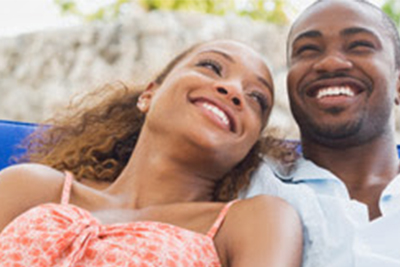 Intracytoplasmic Morphologically Selected Sperm Injection (IMSI)
Mr. and Mrs. O.A were first seen at Nordica Fertility Center Lagos in November 2010, they were a pleasant young couple who had been to several clinics on account of inability to conceive in the five years of trying. They were particularly bothered because according to them low sperm count is something you hear or read about in the papers, not something that could possibly strike so close to home talk less of affecting them.

The first seminal fluid analysis done some four years ago revealed a count of eleven million but it had steadily reduced and was now in the range of less than a million. They have had three attempts at in-vitro fertilization and used practically all the sperm boosters available including a few local herbs all in a bid to improve sperm parameters. After each IVF failure, it was the same story, poor quality embryos and the poor sperm parameters was the most likely culprit.
They eventually had a varicocoelectomy done at a Teaching hospital but rather than improve, the sperm parameters got worse.
After the last failure in December 2009 the doctor had been quite candid with them, “give consideration to the use of donor sperms”, the verdict had ruined their holidays.
This was an anticipated problem as the cause of infertility in Louise Brown’s parents was tubal blockage, her father had excellent sperm parameters. A number of things were tried to improve fertilization rates among this cohort of infertile couples with dismal results. This changed dramatically in 1992 with the perfection of the technique of intracyctoplasmic sperm injection (ICSI) by the pioneering work of the three doctors shuttling back and forth between Brussels, Belgium and St. Luke’s Hospital in St Louise. This is how the technique works: With fine instruments attached to special microscopes, the woman’s otherwise invisible egg can actually be held secure with a pipette, and an even tinier micropipette can be used to inject a sperm through the hard outer shell of the egg so that this one sperm is literally forced to fertilize the egg. Can you imagine the delicacy of this type of manipulation?
The sperm head is no more than 4 to 6 microns in diameter (that’s approximately ¼,0000 of an inch), and an egg is approximately 130 microns in diameter (1/2,00  of an inch). It took years of painstaking research to perfect it. With these technique, there was light at the end of tunnel for male fertility and fertilization rates rose and naturally pregnancy rates also rose to compare favorably with other category of causes.
They were not particularly excited when attended to but was told about the latest advance in the management of severe male factor infertility IMSI. They just wanted to have a last attempt at assisted reproduction before giving consideration to the use of donor sperms. With guarded enthusiasm, they welcomed the idea and commenced the treatment, they had three beautiful embryos transferred three days after egg collection.
They came after the transfer and said regardless of the outcome, even God knows we have done our best”.
It was a very excited Mr. O.A that called one sunny Saturday morning ten days later, they had done a sneak urine Pregnancy test, the few weeks waiting period was too long and guess what???? It was a big fat positive!!!!!!! They have since gone on to have a lovely set of twins a boy and a girl.
This story is not at all uncommon at Nordica Lagos but it has not always been so in the medical world. Following the birth of Loiuse Brown in July 1978 fertility specialists thoughts the end of infertility treatment was in sight except that it was noticed that when the sperm parameters were poor , chances of conception was also poor, this was especially due to inability of the sperms to fertilize the eggs. The sperms could simply not get into the eggs because of poor numbers, poor motility, poor maturation or poor appearance and so fertilization could not take place.
It was soon discovered that when sperm parameters are particularly poor, less than 20million, even ICSI may not be able to achieve conception. This naturally prompted a search to find the solution to this problem. Benjamin Bartoov an Israeli urologist published a series of papers in 2004 and 2005 describing a new technique of achieving fertilization in this cohort of clients very similar to ICSI but an advancement no doubt.
Intracytoplasmic morphologically selected sperm injection was different from ICSI in that in selecting the sperms are magnified 6500 times as opposed to 200 times using a regular ICSI microscope. This way, the most subtle abnormalities in the sperms can be detected and such sperms can be ignored in the continued search for more normal sperms. This radically improved the outlook for couples with severe male factor infertility. IMSI is also beneficial in couples with recurrent failure of IVF/ICSI, recurrent implantation failure, recurrent biochemical pregnancies, recurrent pregnancy loss, severely reduced sperm motility.
In a bid to improve services to our clients, Nordica Fertility Center Lagos was the first center in Sub-Saharan Africa to procure the IMSI machine in September 2010. A n review done on the first 1000 IMSI cases at NORDICA FERTILITY CENTRE LAGOS showed a fertilization rates 87.5% (nine out of ten of the eggs fertilized), pregnancy rate of 42% and live birth of 39% (almost half of all couples treated achieved pregnancy). About 98% of these couples being poor prognostic patients with diagnosed severe male factor infertility and recurrent failed ICSI. In view of the above factors, the pregnancy rate of 42% is highly commendable.
There is evidence to suggest rising incidence in male factor infertility all over the world with a recent survey showing that one out of five young men in Europe in the age range of 18 to 25 years have semen parameters of in the sub-fertile
A comparison of semen parameters of men presenting in 2003 and 2013 in Nordica Fertility Centre Lagos, showed that a 37% drop in mean sperm count and worsening mean sperm motility during the ten year period.
This reduction has been described as a looming epidemic, while possible factors contributing to this epidemic is being investigated with the possibility of putting preventive measures in place, IMSI is a major way to assist conception in these couples.
Because of the need for continuous training of manpower, maintenance of equipment and the consumables used, the IMSI procedure attracts an additional cost to the IVF process but this cost is nothing compared to the joy of having a genetically related offspring.