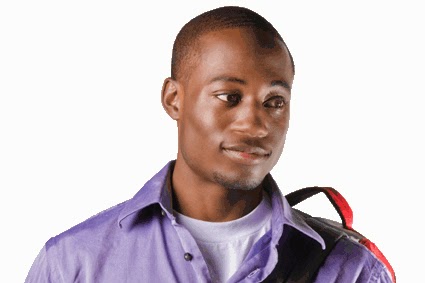 The sperm count spiraling down means that the number of sperms in a man’s semen is less then what is considered normal. This can be detected by doing a semen analysis. This condition is called oligospermia. Sperm mobility and size is also reduced. A complete absence of sperm is called azoospermia. Your sperm count is considered lower than normal if you have fewer than 15 million sperm per milliliter of semen.

Symptoms
The main sign of low sperm count is the inability to conceive a child. There may be no other obvious signs or symptoms. In some cases, an underlying problem such as an inherited hormonal imbalance dilated testicular veins or a condition that blocks the passage of sperm may cause signs and symptoms. Low sperm count symptoms may include:

When To See A Doctor
See a doctor if you:

Causes
The production of sperm is a complex process and requires normal functioning of the testicles (testes) as well as the hypothalamus and pituitary glands — organs in your brain that produce hormones that trigger sperm production. Once sperm are produced in the testicles, delicate tubes transport them until they mix with semen and are ejaculated out of the penis. Problems with any of these systems can affect sperm production. Also, there may be problems of abnormal sperm shape (morphology), movement (motility) or function. Often the cause of low sperm count isn’t ever identified.

Medical Causes:
Low sperm count can be caused by a number of health issues and medical treatments. Some of these include:

Varicocele : A varicocele is a swelling of the veins that drain the testicle. It’s a common cause of male infertility. This may prevent normal cooling of the testicle, leading to reduced sperm count and fewer moving sperm. The treatment of a varicocele often improves sperm quality and overall fertility.

Infection: Some infections can interfere with sperm production and sperm health or can cause scarring that blocks the passage of sperm. These include some sexually transmitted infections, such as chlamydia and gonorrhea; inflammation of the prostate (prostatitis); inflamed testicles; and other infections of the urinary tract or reproductive organs.

Antibodies That Attack Sperm: Anti-sperm antibodies are immune system cells that mistakenly identify sperm as harmful invaders and attempt to destroy them.

Undescended Testicles: During fetal development one or both testicles sometimes fail to descend from the abdomen into the sac that normally contains the testicles (scrotum). Decreased fertility is more likely in men with this condition.

Hormone Imbalances: The hypothalamus, pituitary and testicles produce hormones that are necessary to create sperm. Alterations in these hormones, as well as from other systems such as the thyroid and adrenal, may impair sperm production.

Sperm Duct Defects: The tubes that carry sperm can be damaged by illness or injury. Some men are born with a blockage in the part of the testicle that stores sperm (epididymis) or a blockage of one of the tubes that carry sperm out of the testicles (vas deferens). Men with cystic fibrosis and some other inherited conditions may be born without sperm ducts altogether.

Chromosome Defects: Inherited disorders such as Klinefelter’s syndrome — in which a male is born with two X chromosomes and one Y chromosome instead of one X and one Y — cause abnormal development of the male reproductive organs. Other genetic syndromes associated with infertility include cystic fibrosis, Kallmann’s syndrome and Kartagener syndrome.

Celiac Disease: A digestive disorder caused by sensitivity to gluten, celiac disease can cause male infertility. Fertility may improve after adopting a gluten-free diet.

Heavy metal exposure: Exposure to lead or other heavy metals also may cause infertility.

Overheating The Testicles: Frequent use of saunas or hot tubs may temporarily lower your sperm count. Sitting for long periods, wearing tight clothing or using a laptop on your lap for long periods of time also may increase the temperature in your scrotum and reduce sperm production. The type of underwear you choose to wear is unlikely to significantly impact your sperm count.

Prolonged Bicycling: Prolonged bicycling is another possible cause of reduced fertility due to overheating the testicles.

Health, Lifestyle And Other Causes
Other causes of low sperm count include:
Illegal Drug Use: Anabolic steroids taken to stimulate muscle strength and growth can cause the testicles to shrink and sperm production to decrease. Use of cocaine or marijuana may temporarily reduce the number and quality of your sperm as well.

Alcohol Use: Drinking alcohol can lower testosterone levels and cause decreased sperm production.

Occupation: Certain occupations may increase your risk of infertility, including those associated with extended use of computers or video display monitors, shift work and work-related stress.

Tobacco Smoking: Men who smoke may have a lower sperm count than do those who don’t smoke.

Emotional Stress: Severe or prolonged emotional stress, including stress about fertility itself, may interfere with certain hormones needed to produce sperm.

Weight: Obesity can cause hormone changes that reduce male fertility.

Sperm Testing Issues: Lower than normal sperm counts can result from testing a sperm sample that was taken too soon after your last ejaculation; was taken too soon after an illness or stressful event; or didn’t contain all of the semen you ejaculated because some was spilled during collection. For this reason, results are generally based on several samples taken over a period of time.