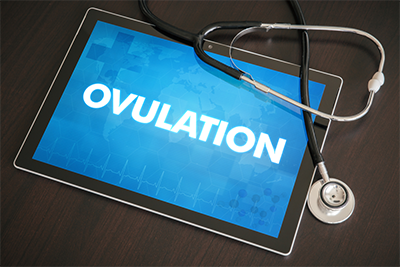 Ovulation Disorder is a term that describes a group of disorders in which ovulation fails to occur, or occurs on an infrequent or irregular basis. Ovulation disorders are one of the leading causes of infertility. 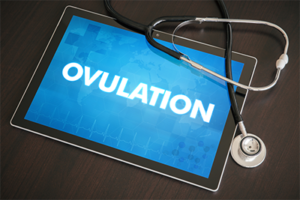 How Ovulation Disorders Is Diagnosed
Your medical history is useful in diagnosing ovulatory disorders. However, other tests may be required to confirm the diagnosis. You may need one or more of the following tests:

Ultrasound – a scan that uses high frequency sound waves to see if follicles in your ovaries are developing; also used to evaluate ovarian function – for example, small ovaries with a few small follicles may be a sign of approaching menopause

Treatment: Women with ovulation disorders are typically given fertility drugs as the first line of treatment. While there are a variety of fertility drugs designed to stimulate follicle growth and egg development, all have the same goal: to induce ovulation. Your doctor will determine which drug, or combination of drugs, best addresses your specific infertility issue. Typically, these are short-term treatments—anywhere from a few days to a few weeks. If you have good quality eggs and there are no other fertility problems, medication can pave the way towards pregnancy.

Oral Fertility Drugs: One of the most common fertility drugs, clomiphene citrate (sold as Clomid or Serophene), triggers the pituitary gland to release hormones that help ripen a follicle and produce an egg. Clomid is taken as a tablet for five days during your menstrual cycle, requires little or no monitoring with ultrasound or blood tests, and is usually well tolerated; side effects, including hot flashes, headaches, and bloating, occur in less than 10 percent of patients. There is a chance of ovarian hyperstimulation syndrome, in which the ovaries become enlarged, and incidence of twins increases slightly because more than one egg may be released.

Studies show that more than 50 percent of women treated with Clomid ovulate. For those who don’t respond on the first try, the dose is increased during the next cycle, and possibly once more after that.

Injectable Fertility Drugs: If the drug is still ineffective, or the patient can’t tolerate it, a doctor may move onto injectable fertility drugs, called gonadotropins, to spur follicle growth. This therapy, which costs more than Clomid and carries the added cost of ultrasound and blood monitoring, is often tried for 6 to 12 months. It also brings the risk of ovarian hyperstimulation syndrome and an increased chance of multiple births. Success rates with injectable medications vary, and are influenced by many factors including egg quality.

When The Thyroid’s To Blame: If an underactive thyroid is at the root of an ovulation disorder, a doctor may prescribe a thyroid hormone. For women with polycystic ovarian syndrome (PCOS), who have abnormal insulin production, a diabetes drug called metformin may be used. In some cases, a simple change of lifestyle is recommended. Even a small amount of weight reduction and exercise can go a long way towards inducing ovulation naturally.