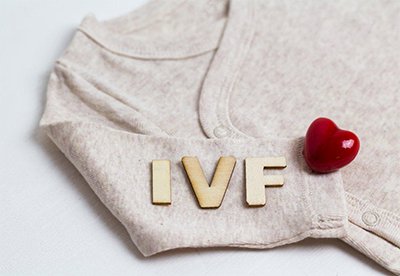 IVF is advisable where a case of infertility has been established in a couple. Infertility simply put means when you have been having difficulty getting pregnant for over a year during which you have had regular unprotected sex with your partner. Intercourse is considered to be regular, if you have it 2-3 times per week.
The first thing is to have your doctor carry out some investigations on you and your partner (we do offer this service here at Nordica). These may include blood hormone tests (for the woman initially), an ultrasound scan of the womb and ovaries, or a laparoscopy and dye test, to exclude tubal blockage. Alternatively, tubal blockage may be excluded by HSG (Hysterosalpingogram, X-ray of the uterus and tubes). A semen analysis is very important. This will identify any problems with sperm counts, sperm structure or motility. You may also be asked to do some more advanced test on the sperm (to detect genetic damage)
The result of the various tests will be used to determine if IVF is suitable for you.
IVF maybe recommended in the following instances:
(1) Tubal Blockage: Tubal disease is probably the commonest problem women have in relation to conception. It is common in Nigeria – approximately 30% of cases this is due to high incidence of pelvic infections, which may be contracted through intercourse, after normal childbirth or after an abortion. ‘Blocked’ tubes hinder fertility by preventing the eggs from coming through the tubes, or preventing the fertilized eggs from going into the uterus. This later condition can result in an ectopic pregnancy (conception outside the uterine cavity). In some instances, tubal blockage is secondary to an inflammatory condition called Endometriosis, and it may also follow a bad attack of Appendicitis.
(2) Low Sperm Count or Dysfunctional Sperms: In approximately 2/3 of people with conception issues, sperm abnormality may be a contributory factor. Low sperm counts may result from: childhood mumps infections, sexually transmitted diseases, previous testicular injury, blocked male tubes (vas deferense) varicocoeles (dilated blood vessels), and previous surgery i.e. (Hernia operations) or simply by inheritance
(3) Unexplained Difficulties: In 5% to 10% of cases no reasons can be found, even after the basic tests for infertility have been carried out. As fertility declines considerably with age in females, IVF may well be your best option. Other causes of unexplained infertility include mild endometriosis, immunological causes and disorders in the sperm.
HOW CAN IVF HELP?
In vitro fertilization utilizes advanced technological procedures and equipments to identify the woman’s eggs, incubate them with the sperm, and transfer the fertilized eggs into the womb, thereby bypassing tubal anomalies. ICSI, or intracytoplasmic sperm injection, a variant of IVF, has also been designed specially to assist couples with sperm problems. It assists fertilization in cases where the count is very low, there are high levels of abnormal sperms, or the sperms have low motility. In this way IVF has changed the lives of many.
FACTORS THAT DETERMINE IVF SUCCESS:
(a) Age:
The age of a woman by the time she undergoes IVF impacts significantly on her chances and the outcome of the treatment. Poor quality eggs are more likely to be associated with older women. Therefore, the live birth rate per cycle decreases drastically from the age of 35. Older women are also more prone to miscarriages.
(b) Duration of Conception Difficulties
The longer the couple has remained childless, the lower the chance of success with IVF. This invariably means the earlier IVF is done, the better
(c) Number of Previous IVF Cycles:
The live birth rate is highest in the first cycle, and gradually drops over the next five cycles.
(d) Previous Pregnancy and Birth :
A woman, who has been pregnant before or has a previous IVF birth, has a higher chance of success than one who has never been pregnant.
(e) Causes of Fertility Problems:
The outcome of IVF treatment also varies with the cause of infertility. Some causes like male related factors exhibit a good response to treatment and pregnancy rates as high as 40% per cycle. Unexplained infertility also too responds very well to treatment.