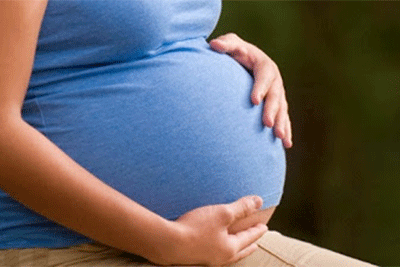 It used to be that a woman who had no uterus could not be a mother. But that is no longer the case. Women are not only getting pregnant at older ages, they are becoming mothers even without a uterus. There are several cases of successful out-of-uterus or “surrogate uterus” pregnancies. Speaking of getting pregnant without a uterus, there is a celebrated case of a grandmother who gave birth to her own grandchildren, using her daughter’s eggs and her son-in-law’s sperm. This was reported as far back as 1989 and the whole procedure was necessitated because the woman’s daughter had no uterus.

The 27 year-old woman had lost her uterus from the hysterectomy necessitated by severe bleeding which occurred in her previous pregnancy. The only way the doctors could save the young woman’s life from the obstetric disaster was to remove her uterus. Yet she had normal ovaries and her husband had good sperm, what was the solution?

As it turned out, her 48 year-old mother was quite willing to serve as a surrogate uterus to carry her daughter’s baby. The mother’s uterus was medically prepared for conception.
The daughter’s eggs along with her husband’s sperm were used to create two embryos in a culture dish. Both embryos were then placed in the uterus (womb) of the 48 year-old grandmother-to-be who became pregnant with her daughter’s twins. Nine months later, she gave birth to two healthy grandchildren whom she then immediately turned over to her daughter and son-in-law. Thus, in one delivery the grandmother gave birth to her own grandchildren. This is one of  the earliest surrogate uterus cases reported. 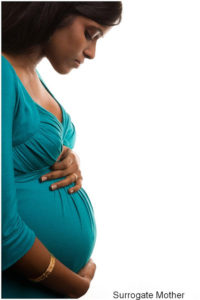 Essentially the history of “gestational surrogacy” is well known. It was actually in 1985 that the first successful case of a woman with no uterus whatsoever was able to have her own genetic child was reported. The 37-year-old woman became pregnant, but the uterus spontaneously ruptured at 28 weeks of gestation, necessitating a cesarean section and a hysterectomy. The baby girl subsequently died and the woman was left childless and without a uterus.
The couple, however, remained strongly committed to having their own genetic child and the wife asked that an embryo of hers be transferred to the uterus of a friend who was interested and willing to carry the child as a surrogate. The friend was a healthy, married young mother of two. The reproductive cycles of the two women were synchronized. The patient’s eggs were incubated with sperm from the husband, and three days later an eight-cell embryo was transferred to the uterus of the surrogate. The surrogate became pregnant and nine months later delivered the healthy genetic baby of her friend.

Another case in point explains the onset of gestational surrogacy. A woman who had gone through many failed attempts at in vitro fertilization (IVF). Her sister had already had several children without any problem and was quite willing to carry a baby for her. Fertility experts were able to obtain six embryos from her eggs and her husband’s sperm. Three were transferred into her and three into her sister. As it turned out, both sisters conceived, one with twins and the other with a singleton. The infants  were born a month apart.  The surrogate sister, of course, gladly gave the children back to their genetic parents.

There is also the case of a 29 year-old woman who had her uterus and both ovaries removed, and desperately wanted to have a child. Her husband had perfectly normal sperm, and they both wanted a baby by her husband’s sperm. The question for this patient was who would provide the eggs and who would provide the uterus? In her family, one of her sisters was willing to donate an egg, the husband of course would provide his sperm, and another sister would allow the eggs and the sperm to be transferred to her so that she could carry the baby. This couple now have a beautiful daughter, with two special aunts, one who provided the eggs, and one who carried her. Thus, with an open attitude, and loving friends and family who are willing to help, virtually any woman can have a baby.

This medical revolution is made possible by the scientific revolution known as in-vitro fertilization (IVF) and egg donation. It’s thanks to these landmarks that women who have no uterus can still “bear” their own biological children, assuming their ovaries are still functional.  Technically, if a woman’s uterus has been removed, she will not be able to carry a pregnancy. But we know she can still be a mother assuming she still has her ovaries intact. If the woman is relatively young, less than 35, her eggs can be harvested during an IVF procedure. If she cannot produce viable eggs, then she could benefit from donor eggs. These eggs can be fertilized in the laboratory with sperm from her partner or another donor and then transferred into the uterus of another woman, who is called a gestational surrogate. However, the child will be genetically related to the woman whose eggs were used, not to the surrogate.

The implication here is that even couples who wait too long can still get pregnant even if the woman has no uterus. Granted if there is an egg problem, there would be requirement of the donation of an egg either from an anonymous donor or from a good friend or younger sister of the woman, or even a niece who has not yet gone through menopause herself. But the ultimate message is that surrogate uterus pregnancies are here to stay; they are morally and ethically proper, and they offer an opportunity for a relative or a loved one to give the greatest gift possible to a woman without a uterus.

It may be needful to add that one of the earliest accounts of surrogacy was when Sarah required her maidservant to bear her a child for her husband (Abraham).