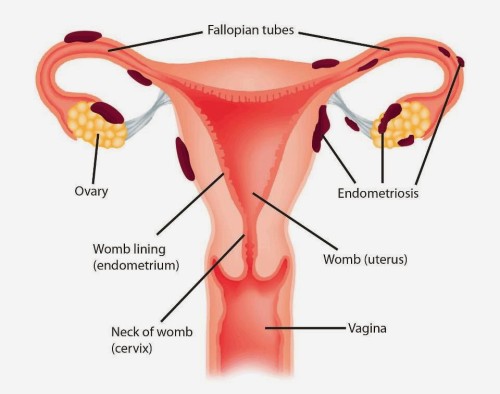 If there is one ailment that plays havoc in the life of a woman looking forward to her pregnancy then it would be Endometriosis. The normal lining of the womb or uterus is called endometrium. Endometriosis is an estrogen hormone-dependent condition that is characterized by the presence of endometrial tissue in places within the body but outside the cavity of the womb leading to painful response or reaction (inflammation), scar formation and infertility.

It has been estimated that endometriosis occurs in roughly 6–10 per cent of women. The condition affects about 176 million women and girls around the world.  ENDO study (2011) also found that 11% of a group of women with no symptoms or complaint suggestive of endometriosis were actually living with the disorder. Known to run in families due to genetic linkage, the woman often remain unaware of the ailment for years before it is diagnosed by a medical practitioner. This usually happens after multiple failed pregnancy attempts. It is often misdiagnosed, since the symptoms are similar to other common ailments.

Endometriosis may develop in some women that are genetically prone to develop or grow the endometrial cells in ectopic sites outside of the uterus (runs in the families eg: mother, sisters). In others it may develop due to retrograde (backward) flow of menstrual blood through the fallopian tubes or due to an altered immune environment in the pelvis. Endometriosis predominantly affects the ovaries by forming cysts at the back of the uterus. It may also be found in the space between the womb and bowel and very occasionally in areas as remote as bladder, in caesarean section scars, umbilicus, lungs and brain. Every time the woman has her period, there is bleeding inside the ectopic sites that these endometrial cells have abnormally placed themselves.

A woman may be completely symptom free and the condition may be diagnosed as an incidental finding during either sterilization surgery or during infertility assessment. Some women may suffer from painful periods and others may suffer from pain at the time of intercourse. Others may also experience painful opening of bowels around the time of the periods. It has been seen that occasionally women may have a cyclical bleeding (during menses) from the back passage (along with stools) or from the bladder (while passing urine). Women with endometriosis in the operation scar sites may find that the scar develops painful nodules that grow during periods. It has been shown that less than 10% of women would be accurately diagnosed with the disease when they first present to the doctor with symptoms.