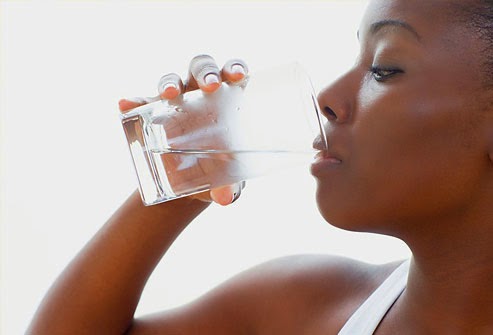 Have you noticed your clothes feeling a little tighter or that you have a little extra bloat in your abdominal area? It could be due to ovulation. Some women experience bloating at different times during their monthly cycle, and around ovulation can be a time for bloating for some.

Bloating during ovulation, especially in the lower abdominal region, is one of the symptoms of ovulation. The degree of the bloating sensation may vary depending from woman to woman. This is also one of the positive signs which indicate that one can conceive during this period.

A mild pressure may also be felt in the abdominal region as a result of bloating. These signs may indicate the changes a woman’s body undergoes during early pregnancy. However, some women may find this quite annoying, as it gives a feeling of fullness and an increase in weight.

Causes
There are harmonies of hormones at play during a women’s menstrual cycle, including oestrogen and progesterone. A rise in oestrogen occurs just prior to ovulation which in turn triggers a surge in LH (Luteinising Hormone). This rise in oestrogen, or an excess of oestrogen (known as oestrogen dominance), may cause symptoms such as bloating, mainly due to increased water retention. If a woman is experiencing a hormonal imbalance, with greater oestrogen levels in relation to progesterone, this is likely to exacerbate these symptoms.

Cravings for certain foods may also increase during this period. Salt intake increases and women may tend to consume a lot of foods that are high in salts, like, cheese, chips, and other processed foods. Over consumption of these salty foods tends to retain water in the tissues, which can give the feeling of bloating or fullness or lead to weight gain during ovulation.

Sometimes, the bloating sensation may be felt like gas filling up the abdomen and it may even be passed out of the body. Some women also gain weight because the body tends to retain water, which gets accumulated in the tissues. This is one of the primary reasons why there is a feeling of considerable weight gain during ovulation. Water retention may be seen as swelling in the arms and legs. The abdomen may also feel swollen and soft when touched.

If you have a feeling of discomfort or pain during this phase, or if you suffer from chronic or persistent bloating, then consult a gynecologist who will be able to analyze your exact condition and provide appropriate treatment thereof.