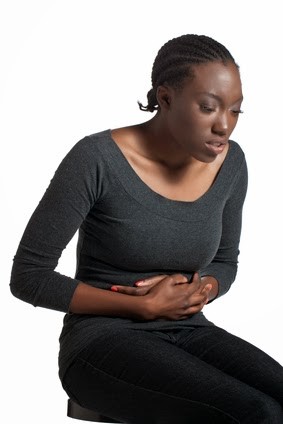 Approximately 20 percent of women notice pain during ovulation.  This pain, called mittelschmerz, occurs around the middle of a woman’s cycle. Ovulation pain, or pain around the time of ovulation (since it doesn’t necessarily happen at the very moment you ovulate), varies from woman to woman. Some experience a dull, achy feeling, which lasts for a few hours or even over a couple days. Other women experience a sudden, sharp pain, lasting just a moment.

Why Does Ovulation Pain Occur?
No one is really sure what causes ovulation pain. A few theories are that the extra fluid, released when the follicle ruptures releasing the egg, causes some irritation, leading to a dull ache.

Another theory is that the sharp, sudden pain some women feel may be caused by the egg itself, bursting out from the follicle. Spasms of the fallopian tubes or uterus as ovulation approaches may be another possible cause.

Here’s something interesting about ovulation pain: the side you feel it on may signal which ovary you actually ovulated from. You may notice that the pain is more frequently on one side than the other. While you may have been taught that the ovaries “take turn ovulating” from month to month, it’s actually normal for one side to do more of the ovulating work than the other.