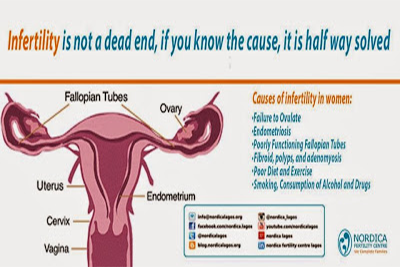 Failure To Ovulate
Ovulatory disorders are one of the most common reasons why women are unable to conceive, and account for 30% of women’s infertility.

The causes of failed ovulation can be categorized as follows:

Endometriosis
This condition is characterized by excessive growth of the lining of the uterus, called the endometrium. Growth occurs not only in the uterus but also elsewhere in the abdomen, such as in the fallopian tubes, ovaries and the pelvic peritoneum. A positive diagnosis can only be made by diagnostic laparoscopy, a test that allows the physician to view the uterus, fallopian tubes, ovaries and pelvic cavity directly. The symptoms often associated with endometriosis include heavy, painful and long menstrual periods, urinary urgency, rectal bleeding and premenstrual spotting. Sometimes, however, there are no symptoms at all, owing to the fact that there is no correlation between the extent of the disease and the severity of the symptoms.

30-40% of patients with endometriosis are infertile. This is two to three times the rate of infertility in the general population. For women with endometriosis, the monthly fecundity (chance of getting pregnant) diminishes by 12 to 36%.

The main causes of tubal damage include:

Additional Factors:
Conditions of the uterus such as fibroid, polyps, and adenomyosis may lead to obstruction of the uterus and Fallopian tubes.

Congenital abnormalities, such as septate uterus, may lead to recurrent miscarriages or the inability to conceive.